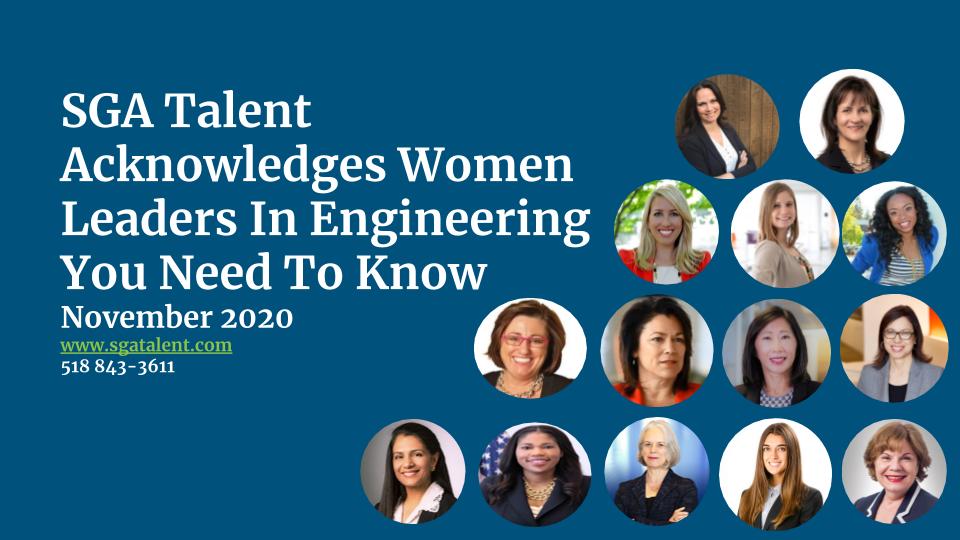 Recruiting women in technology and engineering is never an easy task. As we continue to identify, track and recruit talented women in these areas, we would like to acknowledge those professionals who are included in our recent report”SGA Talent Present’s Who’s Who From The Top Private Engineering & Top 20 Design Firms” That said, we invite you to download our full report by clicking on this link: https://sgatalent.com/studies/.

In the meantime, congrats to these highly-accomplished women leaders who made our report.

Adaptability A Valued Soft Skill in The Workplace….. 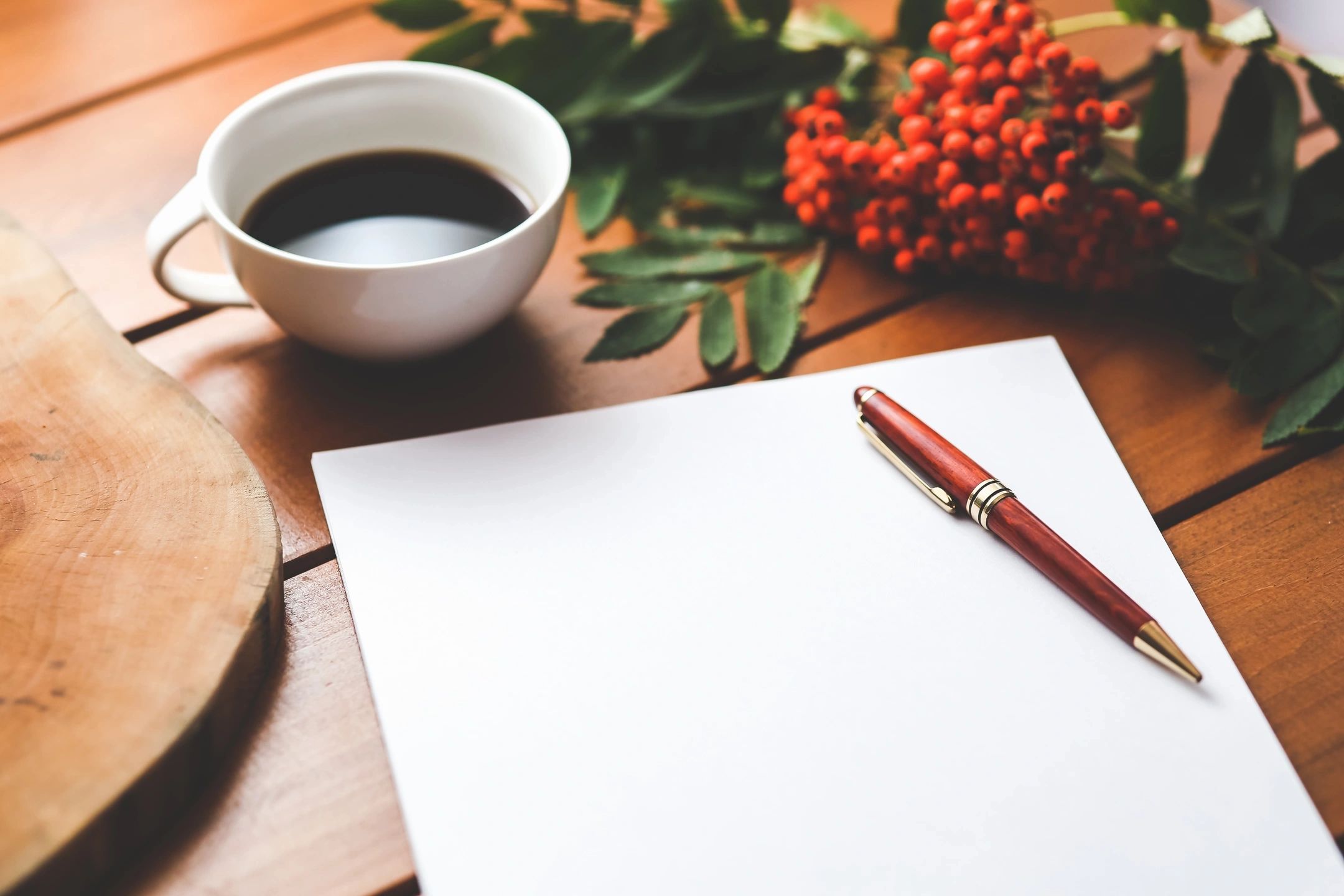 Being adaptable, shows you are open and able to take on challenges as they arise

What a year this has been so far and honestly, I can’t wait until it is just a memory. In just a short period of time, we have experienced a country wide shutdown, massive layoffs and many businesses forced to have their workforce go remote, putting many of us in a situation that required us to quickly adapt, not by choice but because we had to. Overtime, this experience taught us how to be open, flexible and accept what stood before us. We adapted!

For those who remained employed, I am hopeful they willingly embraced this change and are being successful. By being successful in this type of situation will prove not only to yourself but to others that you are motivated to tackle any moving part that confronts you. This action speaks volumes today and will tomorrow  because as we recover from this awful event, I am certain leaders will be looking for those who have prevailed.

Being able to adapt can be all about an approach and attitude to change. Another way to think about this is to consider it simply as stepping outside of your comfort zone. Taking on a new role, learning a new skill or  helping a team member with a task,  can all be very rewarding. Again, adapting has it benefits.

What will this event have taught us? To be adaptable, a soft skill that leaders and corporations value in the workplace. From what I am hearing, once Covid-19 becomes an event of the past, leaders more so than before, will be looking for those who successfully navigated through these challenging times, seeking out those who embraced learning new skills and behaviors. Leaders will want to hear how candidates demonstrated their adaptability in their role and how they effectively responded. For those who responded well, this will establish the fact that they are able to work well on their own and with the team. As for leaders, it indicates the ability to solve problems and to trust their judgement when faced with difficult decisions recognizing what may have worked in the past is not necessarily the right answer now.

How adaptable have you been during these times? If you have been open to change and embraced it, hats off to you! If not, seize the opportunity that is in front of you and become that valuable player every team desires. To help, may I suggest envisioning yourself succeeding in your new role and watch the benefits unfold. Work hard, go for it and prove to yourself you can do it! As you adapt, be confident. Ask your leader to set goals for you and you too set your own goals so you can see yourself improve. See each challenge to improve and learn. As you adapt and learn, you will become a utility player to which many companies and hiring managers want, not to mention you too will benefit from everything that you learned during your journey. I am wishing everyone well during this time and hope the best is yet to come.

Adapting has its benefits:

May I suggest ways to become more adaptable at work….

Again wishing everyone well and as always I am open to hearing from others!

Best of luck to all! 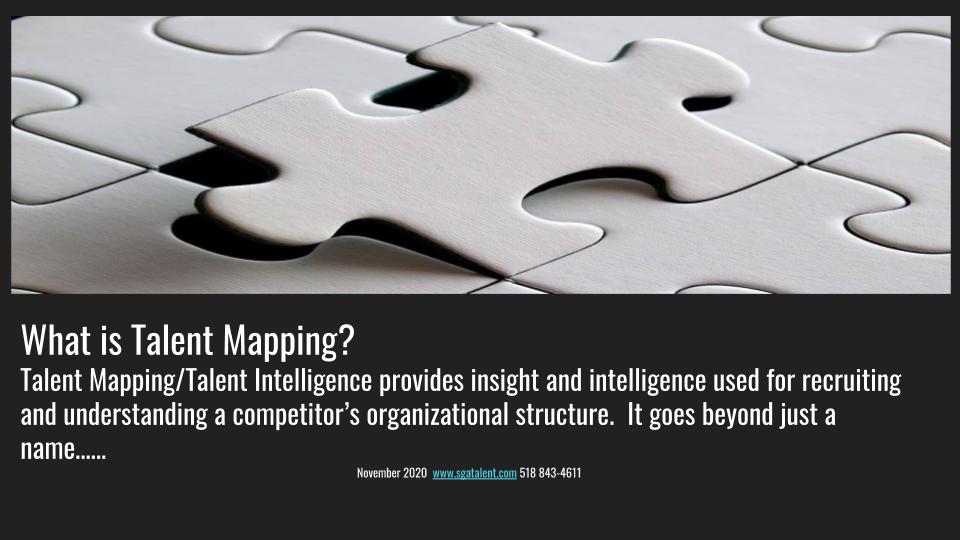 We welcome you to download a copy of our “Talent Mapping Playbook” showing the many benefits talent mapping offers to business leaders. Download Now:  https://sgatalent.com/talent-mapping/

What is Talent Mapping?

Talent mapping provides talent intelligence and insight into a competitor’s organization. It produces valuable data used for proactive recruiting efforts to build candidate pipelines for current and future roles as well as a great tool to support efforts that result in developing engaged talent communities.

Talent mapping is often delivered in organization chart format, proving a visual of relationships of who is who and who does what within an organization, taking the guesswork out of the equation.  It provides the recruiting team with the entire talent pool ensuring completeness and access to the potential talent universe reducing the chance of missing out on the “right candidate.” Talent mapping is also becoming a go to resource to understand a competitor’s structure after the pandemic.

Example Of An Organization Pre-Pandemic 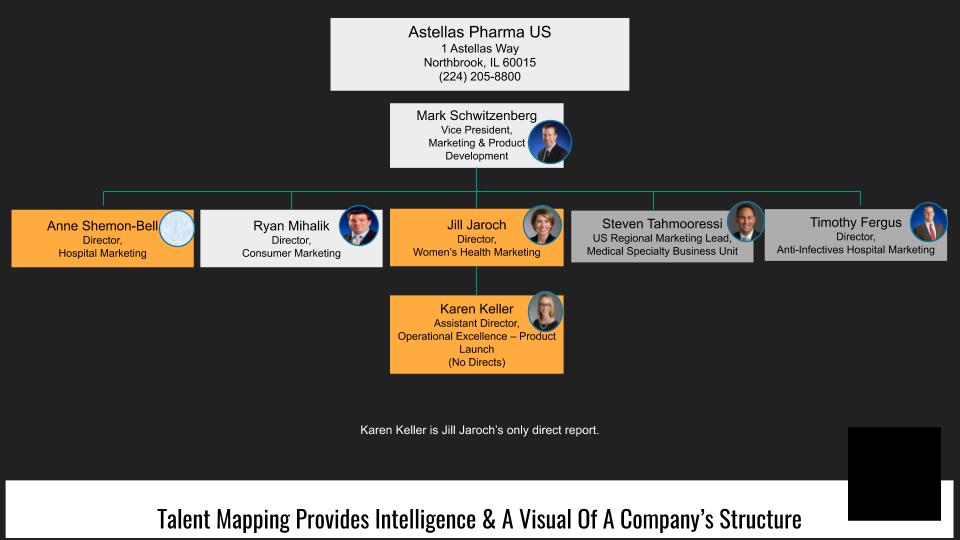 What does your competitor’s organization structure look like Post-Pandemic? 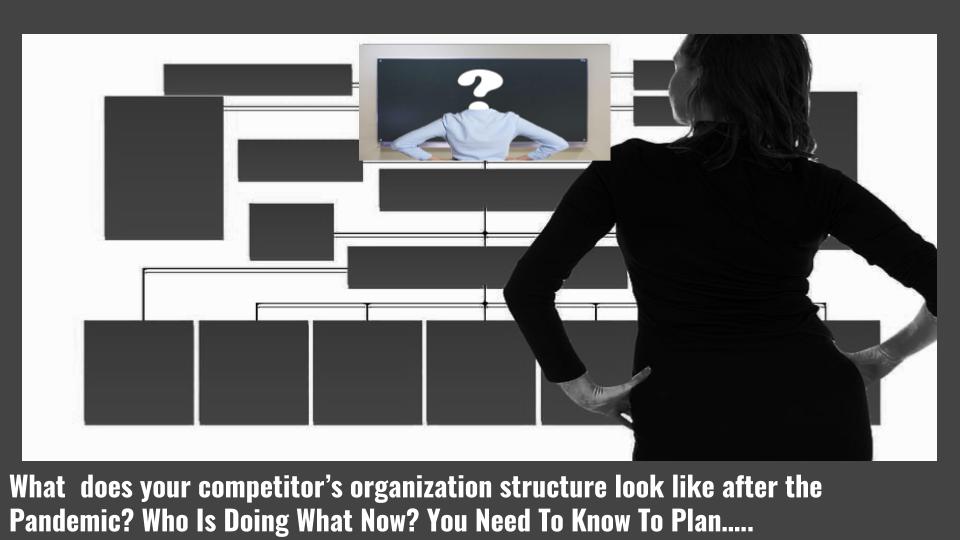 Succession Planning – Now it is time to build engaged talent communities of those who have the skillsets your company may need tomorrow. 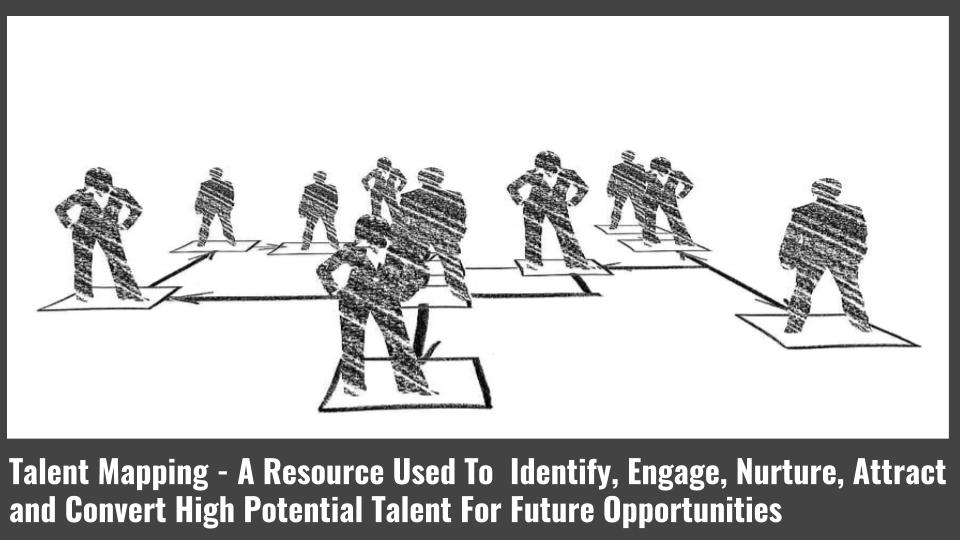 Talent mapping is a strategic service that is used by businesses to plan for short, medium and long term talent acquisitions.  Please download a copy of our  Talent Mapping PowerPoint to see the many benefits talent mapping offers. Download here: https://tinyurl.com/y35482g2

Recruitment Research – The other recruiting alternative hiring teams are talking about

Recruitment Research– The right hiring solution for the times 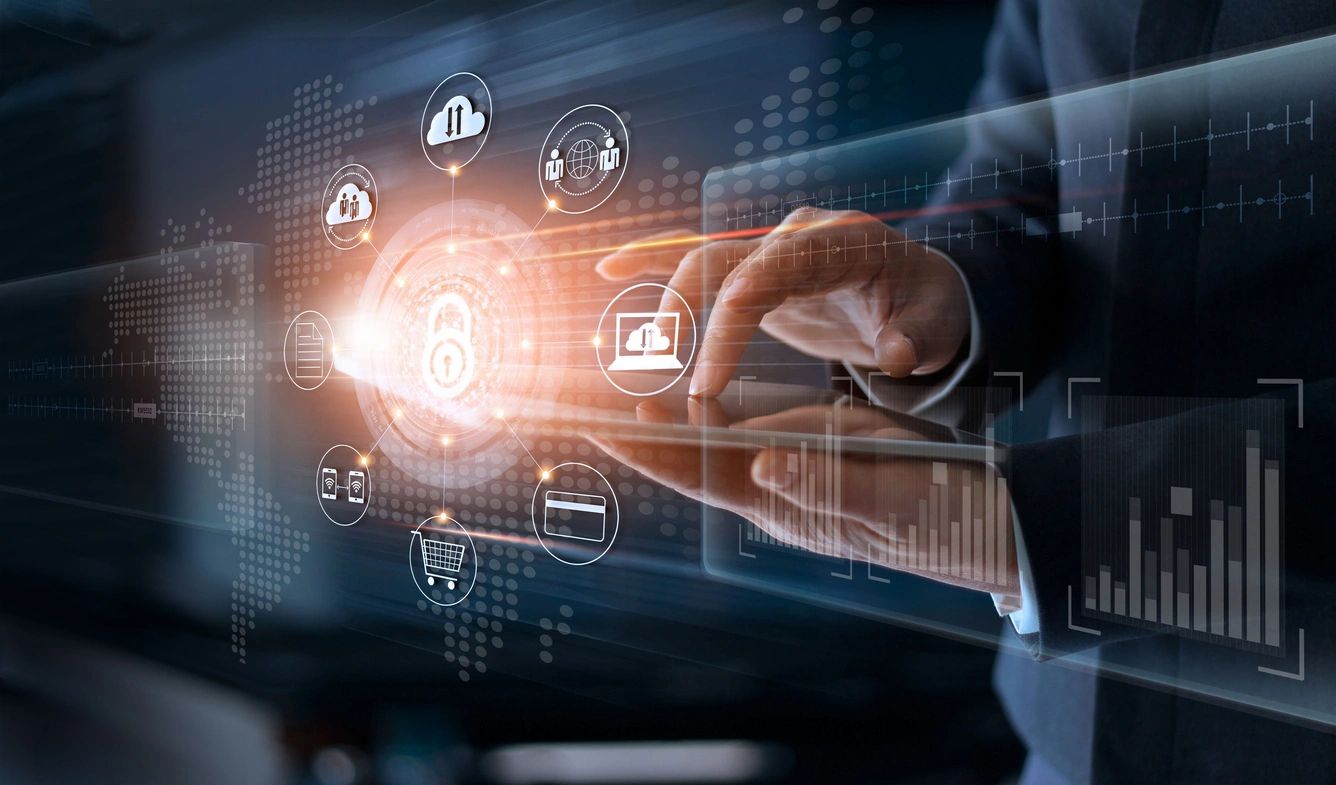 The power of recruitment research ……..

As our partners use recruitment research for their recruiting efforts they quickly see the added value the solution provides. In addition to a strong qualified pipeline of candidates, the hiring team is given all the data collected during the process to include intelligence, the entire talent pool with names, contact information, profiles as well the data analytics associated with the role(s).

The right recruiting solution for the times………

As the economy begins to recover, and companies begin to hire there will be a focus on keeping recruiting costs at a minimum. That said, recruitment research is the answer for the times. The process is results driven, cost effective with an average cost per hire ranging between 5-11% of the successful hire’s base salary.

We look forward to having you join us. Here for you yesterday, here for you today and of course tomorrow.

Recruitment research is not just surfing the internet for profiles, nor is it looking into databases, or searching LinkedIn for matching titles and key words.

Recruitment research is, a methodical approach to uncovering specific talent to include passive candidates from targeted companies with the addition of actionable data as well as other intelligence beyond just a name or profile.

END_OF_DOCUMENT_TOKEN_TO_BE_REPLACED 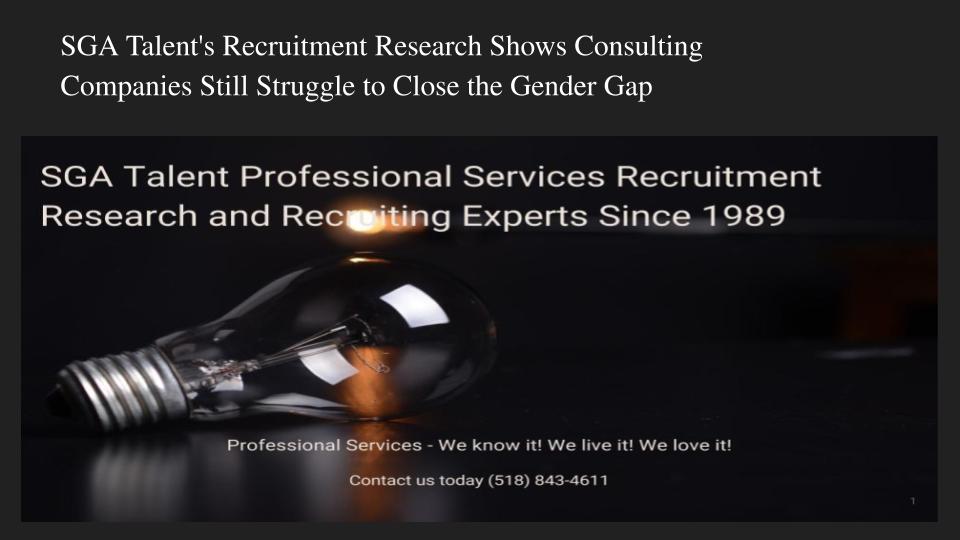 Diversity and Inclusion is a hot topic right now for employers of all sizes. To achieve these goals, many are turning to recruitment research  activities to gather real time, actionable data and intelligence used for recruiting, talent management, succession planning as well as future candidate pipelining purposes.

END_OF_DOCUMENT_TOKEN_TO_BE_REPLACED

SGA Talent Introduces Women In eCommerce You Need To Know 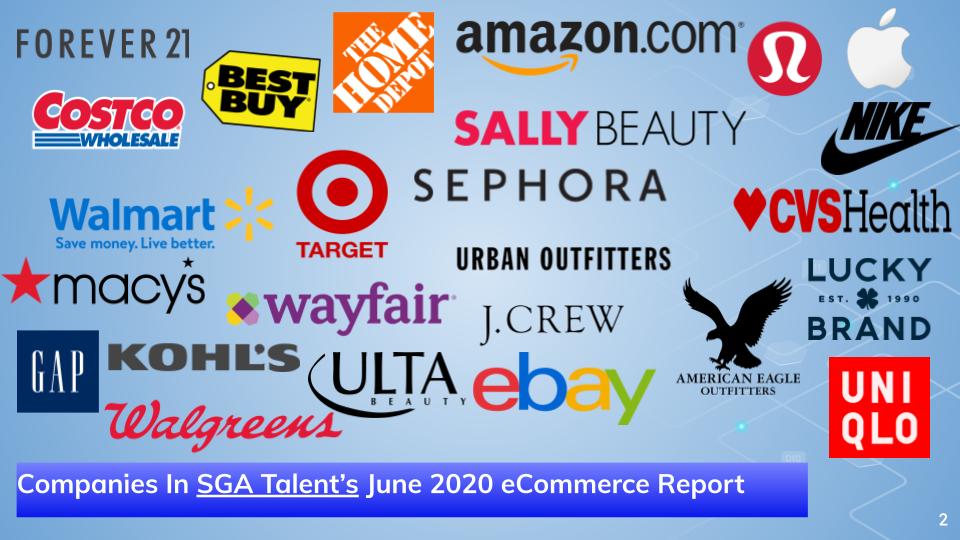 SGA Talent, Leaders in Recruitment Research and Recruiting With a Focus On Diversity Since 1989

As we continue to help our clients reach their diversity recruiting goals, we do so with a focus on data driven recruiting strategies, to include recruitment research as part of the process. From creating strong talent pools, building organization charts showing diversity and filling candidate pipelines always including diversity candidates, our goal is to help our partners with diversity hiring and talent intelligence to meet their Diversity & Inclusion Initiatives.

That said, as experts in the retail industry and with the release of our latest study, we would like to introduce Women In ecommerce you need to know. Congratulations to each of these highly-accomplished professionals.

Also, we invite you to download a free copy of the report, by going to our studies page on our site.

Below are a few pages from our report. We look forward to your feedback too.

END_OF_DOCUMENT_TOKEN_TO_BE_REPLACED

Since inception, SGA Talent has been helping organizations build more inclusive work places by continuously promoting and emphasizing the need to require both talent pools and candidate pipelines to include diversity. We believe part of our responsibility to our partners is to continuously remind them that workplace diversity starts with hiring and the importance of including diversity as part of their overall recruiting strategy. That said, as we continue with our mission we carry on with building and maintaining engaged talent communities that include diversity.

Today we would like to introduce the highly-accomplished women you need to know in Workday. If you click on their name, it will take you to their public profile. Thanks to all of you for paving the way for the women coming up the ranks behind you.

END_OF_DOCUMENT_TOKEN_TO_BE_REPLACED 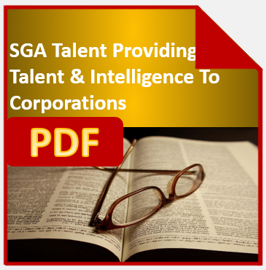 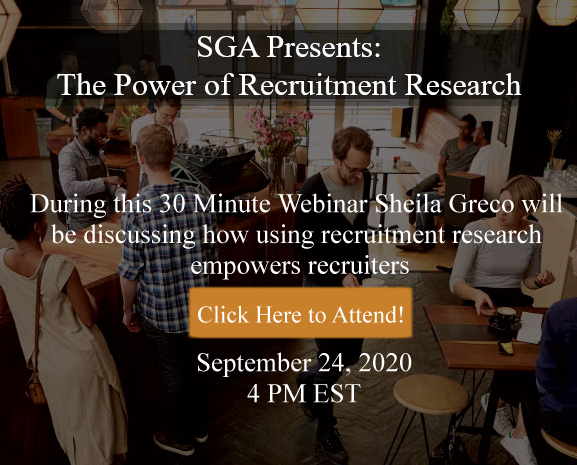